Map of Angola With Cities 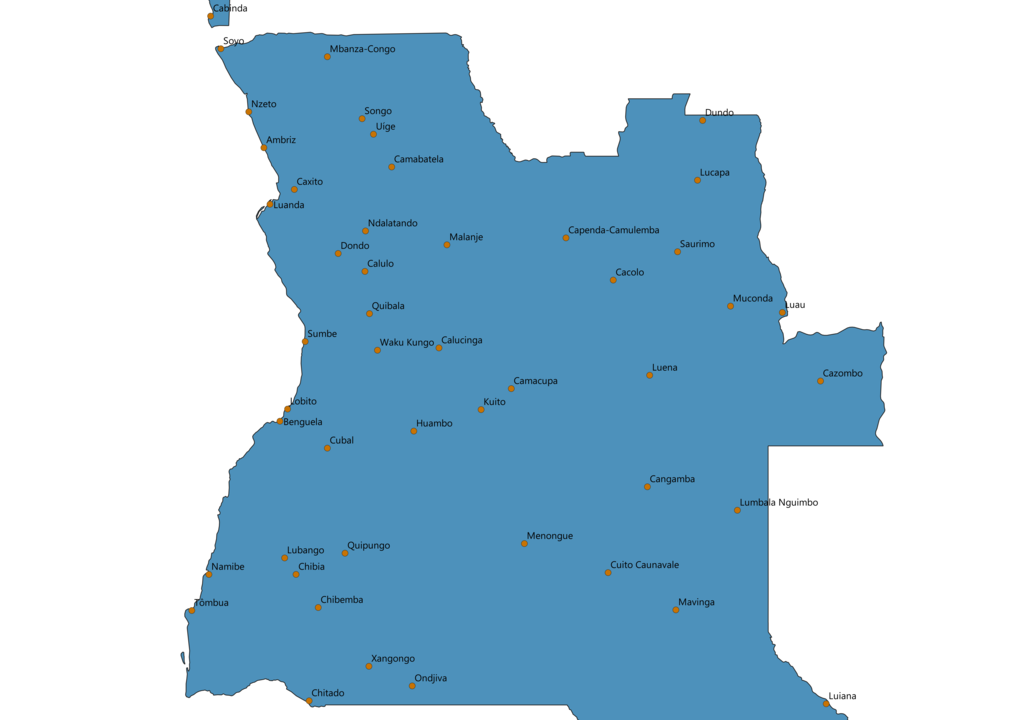 This Angola map with major cities labeled is a vector file editable with Adobe Illustrator or InkScape. You can download SVG, PNG and JPG files.

This lossless large detailed map of Angola showing the most attractive cities is ideal for websites, printing and presentations.

The image shows the main cities of Angola to help you find the destination of your trip.

What are major cities in Angola?