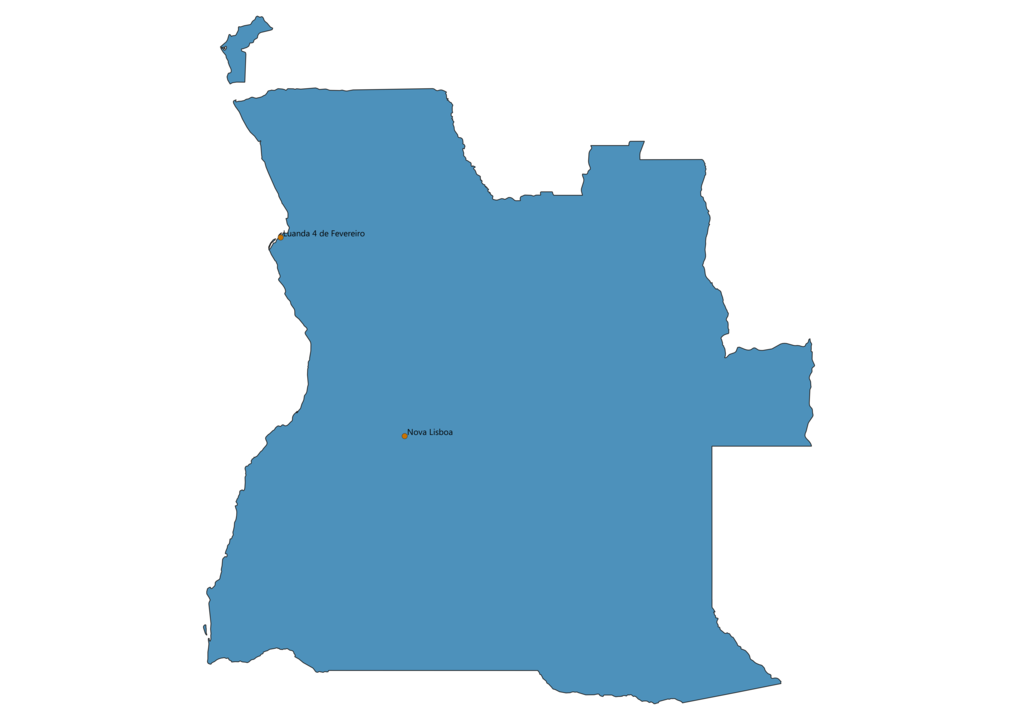 Airports in Angola map vector is a file editable with Adobe Illustrator or InkScape. You can download SVG, PNG and JPG files.

This lossless scalable map of airports in Angola is ideal for websites, printing and presentations related to flights.

The map of Angola showing international airports offers a list of the major airports and where they are located in the country.