Croatia is a Republic founded in 1991 and located in the area of Europe, with a land area of 56543 km² and population density of 73 people per km². Territory of Croatia borders Bosnia and Herzegovina, Hungary, Montenegro, Serbia, Slovenia. Gross domestic product (GDP) is of about 591400 millions of dollars dollars.

Dinara is the highest point in Croatia at an altitude of 1831 meters, instead the lowest point in the country is Adriatic Sea at sea level.

Here are the best maps of Croatia at high resolution. Below you find printable maps showing Croatia in different styles and positions.

Map of Croatia With Cities

How is Croatia divided?

If you are looking for regions or provinces in Croatia, here are all the main areas:

What are the main points of interest in Croatia?

What is the flag of Croatia? 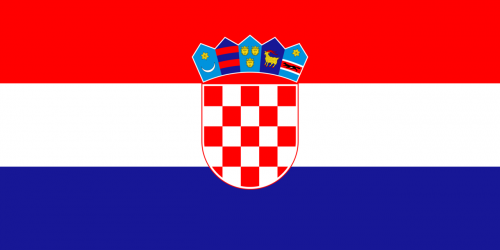 What is the capital of Croatia?

The main city and capital of Croatia is Zagreb.

What is the currency in Croatia?

Official currency of Croatia is Kuna.

What is the population of Croatia?

What is international phone code in Croatia?